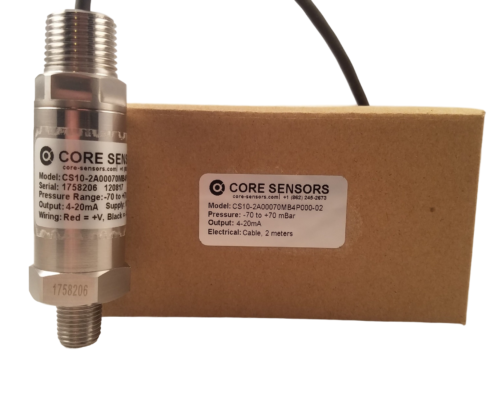 Bi-directional pressure transducers are commonly found in Vapor Recovery Units (VRU’s) which monitor and recover light hydrocarbon vapors that collect at the top of oil and gas storage tanks. The positive end of the pressure transducers measurement range is used to monitor the increase in vapor pressure at the top of the storage tank and the negative end of the measurement range is used to monitor the suction when recovering the vapors from the tank. Recovering these vapors reduces the potential impact on the environment since they are not being vented or flared and also presents financial savings for a company by converting the collected vapors into a liquid state which can then be added back into the storage tanks.

Other applications to consider bi-directional pressure transducers include:

Since bi-directional pressure transducers are very low pressure, it is important that the proper venting techniques are followed. Not properly venting the transducer can result in incorrect/inconsistent pressure readings and a reduction in expected lifespan of the equipment. Core Sensors uses two different venting methods depending on your electrical termination choice:

If hazardous location approvals are required, we offer sensors approved to:

About Core Sensors:
Core Sensors designs, manufactures and distributes high quality sensors for measuring pressure and temperature properties for industrial and hazardous applications worldwide. Core offers solutions for industrial, submersible, differential and hazardous applications in both standard and custom packaging. In-house design and manufacturing capabilities along with strategic manufacturing partners allows Core to create solutions to some of the most complex sensor requirements.

– Need a quote?
– Have a technical question?
– Don’t see what you need?

Fill out the form and a member of our sales team will contact you to discuss your requirements. You can also give us a call at (862) 245-2673.